Changes to the SAT

There has been a lot written about the new SAT. But we didn’t want to take anyone’s word for anything, and waited until we could see sample tests before we gave our thoughts on it. Here’s what we found:

First, the new model looks much more like the ACT. Where the old test had three subjects, reading, math, and writing, they were split – for some reason – into ten sections. They now have eliminated the splitting, and, like the ACT, each subject is covered in one section (actually, math is in two parts: one without a calculator, and one with). Unlike the ACT, there is no science section, though science skills will now be addressed in the reading and writing sections. And where the old version had five choices for each answer, the new one has four. This is nice, if only because there will be less nerve-wracking clutter and multitasking anguish when weeding out bad answers. Also, while the old test had a ¼ point penalty for every wrong answer, the new one, like the ACT, will have no penalty. 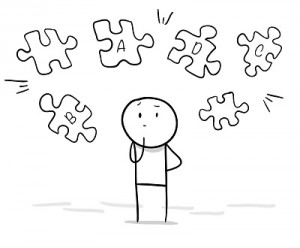 The essay section will change this year too. On the old test, the essay was required, and given at the beginning of the test, even though some colleges would never read it. On the new test, the essay is optional, and given at the end so that students who aren’t writing one can leave. The old essays were generally intended to have students choose a side of an argument and support the point persuasively. On the new essay, students will read a passage, then write an essay that analyzes how the author uses evidence, reasoning, and stylistic or rhetorical tools to make a point. The first rounds of tests will be interesting, since it’s not clear yet what will constitute a “good” essay in this new format. If we were taking the test ourselves, we would be sure to look over the rubric (https://collegereadiness.collegeboard.org/sat/scores/essay), and more importantly, lots of writing samples that the College Board considers good, and study them.

The biggest change to the essay section seems to us to be that this new essay will take more energy. In the old essay there was a prompt of about five lines to read, and the rest of the time was open to focus on writing. On the new essay, there is quite a bit of reading to go along with the writing. For this reason, the time period for the essay will increase from 25 minutes to 50 minutes. The test makers claim that these changes will be testing reading ability, writing ability, and writing analysis skills.

Among the common complaints about the old test was its fascination with obscure vocabulary. Anyone could easily miss ten or 20 questions simply by running into words they had never heard or read. Up until now, one of the homework assignments we gave our students was vocab games, usually including words that had been commonly seen on past SAT’s. From what we’ve seen so far, that will no longer be much of an issue.

This is what the descriptions of the test have told us about the new SAT. Next time, we’ll take a practice test and see for ourselves what the changes mean.

About the Author: Lisa Kurstin

Lisa Kurstin is a trained botanist and science educator, who brings two decades of experience as a classroom teacher and senior level administrator in California independent schools. Lisa’s administrative experience includes having served as a Director of Studies and Admissions Director in independent schools, as well as Education Programs Manager at Descanso Gardens in La Cañada Flintridge, California. Currently, Lisa is devoting time to test prep and college counseling.